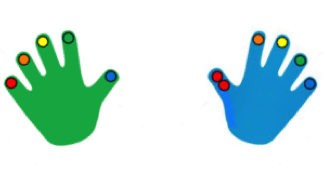 NO! is what we say to finger numbers at the beginning of lessons. (The fingerings will be added later on.) One of the pitfalls of the early stages of reading music with the position playing/fingering numbers approach is that the student learns to depend on the fingerings provided in most beginner methods. The new reader quickly learns to put his hands in the five-finger hand position and reads the numbers in order to play the notes. Once the numbers disappear, he may not know which notes to play.

Want to join the discussion?
Feel free to contribute!

You’ve Got a Package!
Scroll to top